Two teams - Manchester United and Villarreal - heading to Poland for the world's biggest football even.

Europe’s most famous football event is coming to an end. The Europa League 2021 was full of surprises and impossible goals. During its semi-finals, English Premier Leagues Manchester United and La Liga’s Villareal came victorious and will battle it out in the finals for the Europa League Cup.

Manchester United has been a giant in the football world for the past few years with massive wins and trophies. Ole Gunnar Solskjaer is gunning for his first trophy since taking charge of Man Utd.

Read on to watch UEFA Europa League Final live stream in 4K for FREE from anywhere in the world.

How to watch Europa League Final 2021 Live from Anywhere

Europa League 2021 final is in just a few days. This year, football giants Manchester United will be up against Spanish contenders Villarreal. However, like your normal league games, you will not watch it on every sports channel. Europa League final will be broadcasted on selected platforms throughout the world.

For instance, in the US, it will only be broadcasted on CBS. However, CBS is geo-restricted, and you cannot access it outside the US. That is where a VPN comes into the picture.

With a Virtual Private Network at your disposal, you can connect to any location virtually and bypass geo-restrictions. This way, you can access any regional Sports channel and stream live Europa League match from anywhere in the world. Keep in mind that most of these channels are free so that you can live stream Europa League Final 2021 for FREE with a VPN.

Use a VPN to live stream Europa League Final 2021

ExpressVPN is the best VPN for Europa League final.

We have tried all the above-mentioned VPNs with sports streaming platforms and have found ExpressVPN to be the best and the fastest VPN for live streaming. It is compatible with many devices and is easy to set up, so you can enjoy all the upcoming matches on TVs and the big screen.

With 3000+ servers in 94 locations, ExpressVPN can unblock almost all streaming sites, so you have plenty of options to choose from when it comes to live streaming Europa League final. That’s not it; you also get a 30-day money-back guarantee, so you can use ExpressVPN free for 30 days plus get 3 months FREE on its one-year plan! Check out more top VPNs recommended and tested in 2021.

Once you have selected and subscribe to a VPN from the list above, you can watch the UEFA Europa League final abroad from anywhere in the world, even for FREE. How? Europa League final will be broadcasted for free in most countries, so with a VPN, you can get access to those regional channels and enjoy the final match between Manchester United and Villarreal for FREE.

Here is a list of official broadcasters of the UEFA Europa League final 2021:

How to Watch Europa League final on BT Sports?

If you are outside the UK, choose a VPN from the list above and get Europa League coverage in the UK from anywhere in the world. Follow these steps to unblock BT Sports abroad and live stream the Europa League final in HD:

If you are outside America, get yourself a VPN with American servers to watch the final match on your normal American streaming service. All you need to do is connect to a VPN server in the US and get an American IP address – and you will be able to tune into the sports streaming platform like you would back home.

The VPN services listed below have been tested to work with sports streaming channels and watch UEFA Europa League final 2021.

Where is the Europa League final going to be played?

UEFA Europa League Final will be played in the Gdańsk Stadium that has hosted four UEFA EURO 2012 games. The stadium was also intended to host last year’s decider until the COVID-19 outbreak caused the venue to be changed, and the match was held in Germany.

Are fans allowed to go to the Europa League final?

Yes, fans are allowed to go to the UEFA Europa League final. The Polish authorities have confirmed a 25% stadium capacity to UEFA, which is around 9500 spectators. Both final teams received 2,000 tickets, while 2,000 general public tickets were sold exclusively via UEFA. The sale window closed on May 7. 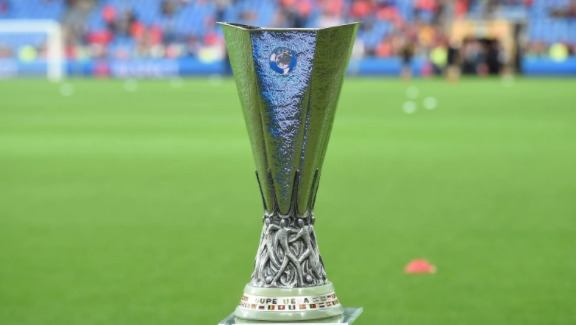 Given the COVID-19 outbreak, Europa League 2020 was an unexpected affair – but it ended up being a spirited event where Seville beat Milan in a close match with a 3 -2 score. Seville won Europa League in 2020 – the third time in a row.

Just like Europa League, the Super Cup is not broadcasted on all sports channels in countries. Therefore, you will need a VPN to watch Super Cup 2021 live online from anywhere in the world.