Does Opera VPN Work with Netflix in 2022?

Yes, Opera VPN works with several Netflix regions. According to my latest research, users can unblock Netflix libraries including the US, Netherlands, and Singapore with Opera. But there's no way to choose a specific country server.

Opera is a fantastic browser with tons of nice features. But most importantly, it is simply fabulous to look at with its neat and sleek visual design.

There is a free built-in VPN within Opera which seems quite useless at first. You can only choose from 3 different continents to connect to with Opera’s VPN and there’s nothing else to be done. With such a basic VPN, it is easy to assume that it won’t work with Netflix.

After all, so many full-fledged VPNs that charge users for subscription and offer a lot of fancy-sounding features fail when it comes to unblocking Netflix.

I have tested hundreds of VPNs over the years but no other VPN has surprised me as much as Opera when it comes to Netflix. It turns out, you can actually access some of Netflix’s regional libraries with Opera VPN.

How to Unblock Netflix with Opera VPN – Quick Guide

Opera’s VPN doesn’t really allow users a lot of choices. For servers, users can only choose a continent rather than specific locations. There are three general locations that Opera offers when you’re trying to connect to the VPN: Europe, the Americas, and Asia.

As such, you can’t control which specific server location you will be connected to within your selected continent but it’s safe to say that there are only a handful of locations available within each, since Opera’s VPN is simply an extra feature that costs nothing.

While testing Opera with Netflix, I didn’t know beforehand which region of Netflix, if any, it will unblock when connected to a certain general location. But I was able to unblock three quite important Netflix libraries by choosing these continent-level server locations:

I visited Netflix after connecting to Opera VPN’s “Americas” location. Then I searched for a US exclusive title “November Criminals”. Much to my surprise, I was able to find it, indicating that I am actually in the US library while connected to Opera’s “Americas” server. Clicking on the movie, it began streaming immediately without any errors: 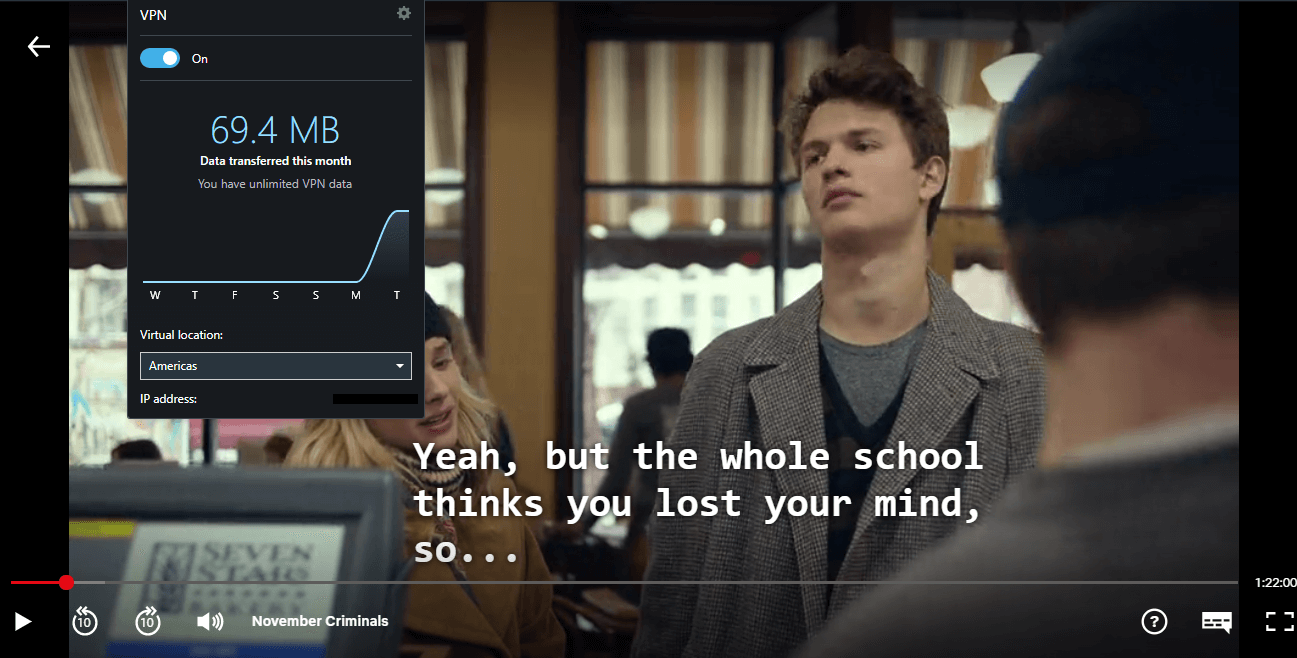 There are a lot of countries within Europe whose Netflix libraries are quite interesting such as Germany, France, Spain etc. Unfortunately, there’s no way in Opera to select just any European location of your choice. It will automatically connect you to a server somewhere in Europe. During my testing, it always connected me to a Netherlands server.

After connecting to the said server, I logged into Netflix. I searched for a Netherlands exclusive title “Escape from Pretoria” and it worked! Here’s a screenshot of me streaming the movie while connected to Opera VPN Europe server: 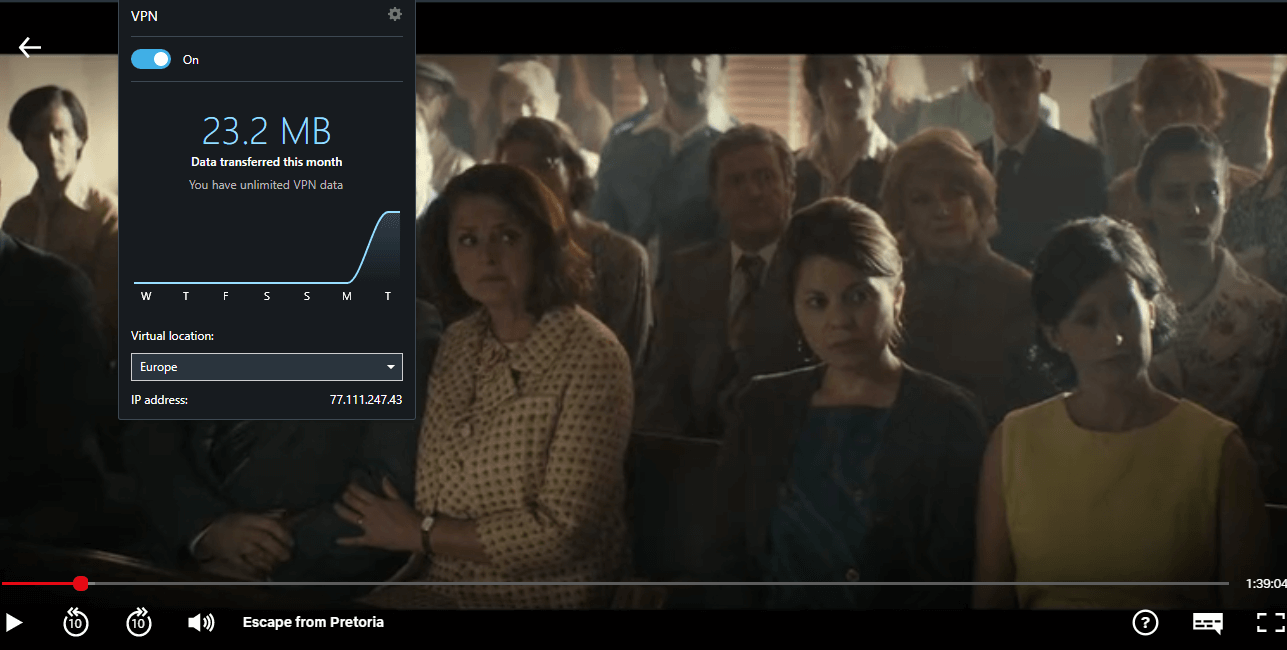 I’ve seen other users getting connected to Sweden servers when choosing the “Europe” as the Opera VPN location. I tried multiple times but it always connects me to the Netherlands server.

Other users might be connected to different servers. Let me know in the comments below which location Opera VPN is connecting you to when you choose a region at the continent level?

The Asian server connected me to a Singapore location. I tried streaming the Singaporean movie “Hantu Kapcai” which is exclusive to the region and it worked like a charm:

Get Opera VPN Free for Netflix

What if I want to Choose Particular Netflix Regions?

Using Opera VPN, I’m pretty confident that you should be able to unblock Netflix content from some American, European, and Asian regions. However, there is no way for users to specifically choose a country to unblock their favorite Netflix content at will, but we can’t really complain since this is a completely free VPN built within Opera’s browser. Check out more best free VPNs for Netflix that still work in 2022.

If you’re willing to spend a few bucks, you can enjoy greater control when choosing specific locations with paid VPNs that work well for Netflix:

Get PureVPN Exclusive Deal with 73% OFF

Here are some further alternatives to try for unblocking Netflix:

Opera VPN, despite being a very basic service, surprisingly works well for unblocking some Netflix regions. I was able to unblock Netflix US, Netherlands, and Singapore without experiencing any troubles.

But I had no control over selecting these servers at the country level since Opera VPN only allows you to choose a continent when connecting to a VPN server while it chooses the country automatically. This can be quite frustrating when you can’t wait to connect to the right location and watch your favorite title on Netflix, but since it’s a free VPN, we don’t really have a right to complain.