Visit Norton VPN
Get 40% off

Norton is not a stranger to the cybersecurity industry. After all, the company is behind the renowned Norton antivirus software. Norton has also developed a VPN that can be used as part of the antivirus software suite and a standalone service.

Norton VPN offers good speeds and has a simple-to-use app interface. However, its cons outweigh the pros as evaluated in this Norton Secure VPN review. The provider is based in the US, retains IP address in logs, covers only 30 server locations, and lacks security features such as Kill Switch. It doesn’t unblock Netflix for that matter as well.

It is reasonably priced, costing $59.99/year with a subscription that allows 10 simultaneous connections.

However, in nearly every respect, alternatives like ExpressVPNand Surfshark are much more efficient than Norton VPN as they offer a wide range of security and privacy features as well as the ability to work with Netflix and other streaming websites. For these reasons, I rate Norton VPN a 2.8/5.0-star rating.

If you wish to check out other VPNs that are free, please check out our list of the best free VPN services.

I have used these 9 factors to review Norton Secure VPN. Have a look at them:

Jurisdiction – Is Norton VPN located in a 5-eyes country?

This VPN is located in a 5 Eyes country, as I found in this review.

All of Norton’s (Symantec) operation is headquartered in Mountain View, California. While the US may be a safe place for an Antivirus company to run its operations, VPN is a different business.

Since VPNs are used to perform privacy-sensitive tasks, it is extremely important that they retain no information about your online activities. Because the US is a key member of the Five Eyes surveillance alliance, it can be difficult for VPN providers to guarantee user privacy and protect them from state surveillance.

Nonetheless, there are no mandatory data retention laws enforced on VPNs in the US and if the VPN itself isn’t storing your logs, then it doesn’t matter even if the provider is based in a country with a lot of surveillance.

Norton VPN is a safe VPN. The provider doesn’t actually specify which protocols it uses for encryption and for transferring your information through secure VPN tunnels. It only gives its encryption the label of “Bank-grade“. This is vague information but considering that it is a reputable company with powerful anti-virus, it is safe to assume that their VPN uses similar standards of security. 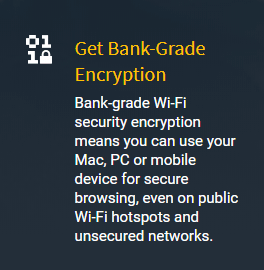 One of the good features is a built-in ad-blocker, which prevents trackers from keeping tabs on you online. It also offers a complete suite that includes VPN with Antivirus called Norton 360 Deluxe. It includes the following features:

It’s disappointing that Norton VPN doesn’t have a Kill Switch, which is offered by pretty much every serious VPN provider today. 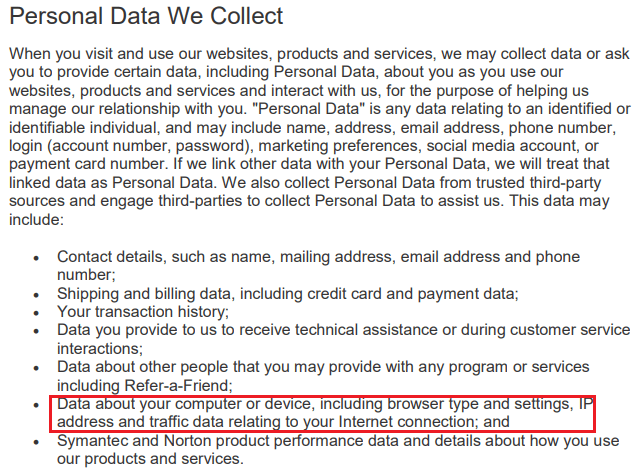 This, combined with the fact that Norton is based in the US, shows that this VPN is not that effective in protecting user privacy.

Norton VPN easily passed the leak test. I tested for any leaks using its US server on ipleak.org.

You will find the test results below:

No IP leaks were detected during this review. 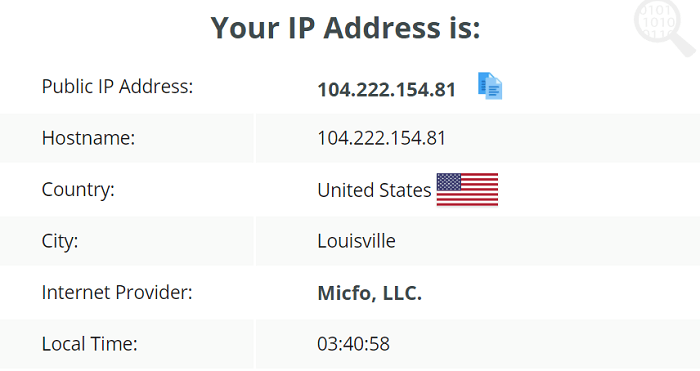 Similarly, the VPN passed the DNS leak tests comfortably. As you can see from the screenshot below, I’m connected to a DNS server from the US.

Norton Secure VPN is also not troubled by any WebRTC leaks. Even after double-checking, it showed no signs of obvious WebRTC leaks.

Norton VPN has only 30 server locations and to be honest that’s not enough. I mean, even a free VPN has at least 10 server locations, and Norton isn’t the cheapest in the VPN market by far.

So, these numbers are pretty disappointing.

During the Norton VPN service review, I discovered that they do not have obfuscated servers either. These servers use to unblock restrictions in countries where there are extreme restrictions.

Unfortunately, in our Norton Secure VPN Review, it does not support P2P activities on any of its servers. Therefore, if you want to download torrents with a VPN, Norton is not a good option at all.

Does Norton VPN work in China?

Norton offers no servers within China. Moreover, it doesn’t have any obfuscation feature or servers powerful enough to bypasChina’s Great Firewallna for local users to access foreign content.

Speed – How fast is Norton VPN?

I ran a speed test for Norton VPN, and I found that it offers good speed.

My base internet speed was 30 Mbps as tested on Ookla’s speed test tool. Here are the speed test results:

The speed on the US server was quite decent with 17.37 Mbps download:

Testing the speed on UK server, the results were even better:

in our Norton Secure VPN Review we tested Norton VPN for Netflix, and I found that it can’t unblock the popular streaming platform. Netflix detected that I was using a VPN and denied access with the following error screen: 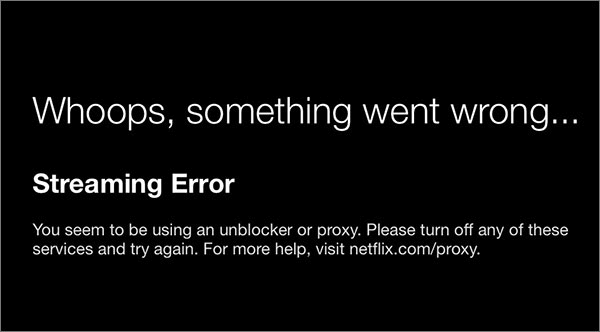 Unblocking Netflix is a challenge for any VPN service, and the service is only getting stricter with time. Unfortunately, you won’t have much luck using Norton for your Netflix streaming.

In addition, the service isn’t effective for other popular streaming platforms such as BBC iPlayer, Hulu, and Amazon Prime. Therefore, you can’t count on Norton for your streaming needs.

This Norton Secure VPN Review reveals that the brand is available for Windows, macOS, Android, and iOS.

Including all the VPN features, these devices also include an ad tracker that helps you keep your online activity from being tracked by advertisers.

It gives you complete Wi-Fi protection with bank-grade encryption and also gives you access to your favorite websites while you’re traveling.

The Windows VPN app of Norton is very simple to use. You can toggle it on and off with a single switch. The servers can be selected based on location only, and you can’t select individual servers within a given location. 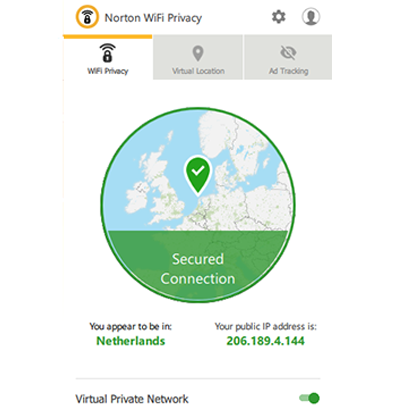 Overall, it is an extremely simple and lightweight app, great for novice and advanced users. to check out more free VPNs that work best on windows visit our page of best free VPNs for Windows.

The Mac Norton Secure app looks and behaves in much the same way as the Windows app. It works fluently and is easy to set up.

The Android app has a similar app as Windows and has offered the same single-tap connectivity. You can activate the ad-blocker and access other settings through separate tabs on the screen.

The app is very easy to use and works smoothly without any errors.

The iOS is almost the exact replica of the Norton Android app. Therefore, you can expect the same performance and features.

Pricing – How much does Norton VPN cost?

Its pricing plans are pricey enough. When you review Norton VPN thoroughly, you would find that it has a unique pricing package and is unlike any other VPN service pricing plan that I normally encounter.

It has separate pricing for 1 device, 5 devices, and 10 devices protection.

These prices are without sales tax, which will add up to the costs a little more.

If you review Norton Secure VPN, you would realize that it has introduced another Norton VPN package with additional features called Norton 360 Deluxe.

This is available at $59.99 annually excluding applicable sales tax.

The renewal price is higher than the original price when you first subscribed to this service. It has a 60-days money-back guarantee, which is really good.

Norton is quite affordable in terms of price. However, if you’re looking for a better VPN at lower rates, check out our specially curated list of best VPN deals of 2022 right now.

Symantec, the company that owns Norton products, has a pretty bad reputation on Trustpilot with a lot of users complaining about their poor customer service:

On Reddit, there aren’t many recent threats about Norton. However, the service doesn’t seem to have a good reputation in Reddit either:

These are the top 5 Norton VPN reviews given by users on the Play Store: 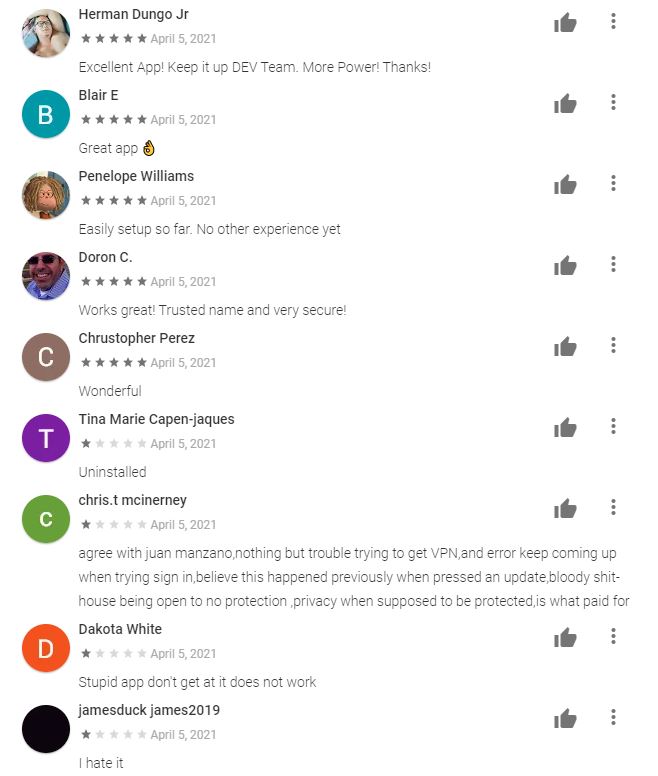 Its live chat support was unsatisfactory. During my review, I was disappointed to see that it took them quite a while to respond to entertain my queries.

Many customers have also complained about long waiting hours when trying to approach Norton customer support through phone call or live chat.

Comparison between Norton VPN and ExpressVPN

Here is a quick comparison between the two service providers based on their features and price. Here is a look at these facts:

If you want to use other VPN services, you can check out our list which includes:

Do I Recommend Norton VPN?

No, I do not recommend Norton VPN.

First, it retains user information such as IP addresses, which can be used to compromise your privacy. The provider lacks enough security features that are offered by some of the better providers such as ExpressVPN and Surfshark.

Moreover, it has a small server network and does not support torrenting on any of it. Therefore, based on all the facts covered in this Norton VPN review, the provider gets a rating of 2.8/5.0.

At $39.99/year, you can protect 5 devices at a time. While this isn’t expensive, other providers offer better features at this or a slightly more price.

Hope you liked our Norton Secure VPN Review, If you want information about other providers, see our VPN reviews.