Table of Content
Reading Time: 6 minutes
Attention!!
ZPN VPN Review in New Zealand: Unfortunately, ZPN is no longer active. But worry not! There are better VPN substitutes that are far more superior to ZPN. Check out some of the top VPNs available: 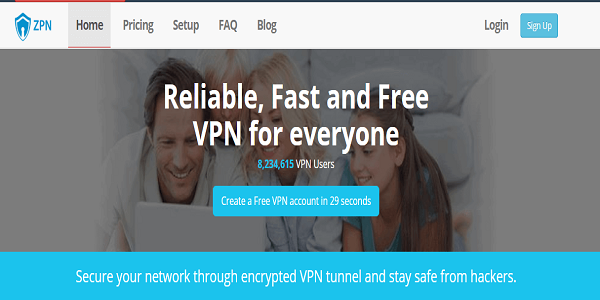 ZPN VPN Review in New Zealand, a UAE-based service, is catering to the online privacy needs of its users through 900+ servers available in 20+ countries worldwide. The VPN delivers free and paid versions, allowing you to access US Netflix and perform torrenting tasks securely. However, in this review, the provider exposed some serious privacy flaws while testing different leak protection features.

I also noticed another downside in the form of incompatibility. The service does not have apps for Mac and Linux platforms, unlike ExpressVPN and NordVPN, which offer dedicated apps for all the leading operating systems.

If you still want to experience its paid pricing plans, you will need to pay NZ$4.97, NZ$16.59per month to avail of monthly mobile and monthly premium pricing packages.

With that being said, let’s get on with the review in New Zealand.

Pricing – What is the cost of ZPN in New Zealand?

Users are presented with three different packages to choose from that are categorized totally on the basis of what you do on the internet. 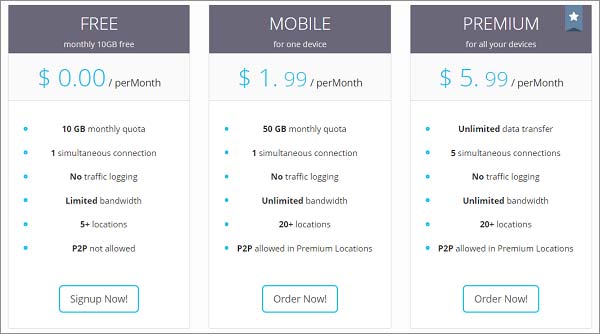 If you are a general internet user, I recommend trying out its free version first. I used this version during the ZPN VPN Review in New Zealand and found no issues whatsoever.

The Free package offers you the following:

As this package is free so it does not cost a dime.

Interestingly, this service has a special package for mobile. The package offers:

The premium package is designed for users who want secure and unlimited access to the internet. This package offers:

The premium package costs NZ$16.59 per month, but for a quarterly subscription, this price goes down to NZ$13.27 monthly. You can also buy the Premium package for a year, which costs NZ$9.95 per month.

But if you’re looking for better VPNs at low prices, check out our list of best VPN deals to avail of amazing discounts!

You can pay for ZPN’s service through three different methods in New Zealand.

Credit cards and PayPal are the most commonly used payment methods on the internet. However, Bitcoin is rapidly gaining popularity as it provides users with a superior level of anonymity.

ZPN VPN provides a free 10 GB VPN service in New Zealand which is hard to find anywhere else. You also get servers from 5 locations and unlimited bandwidth in ZPN VPN’s free client. All this makes ZPN one of the pretty generous VPN services.

And as it already states in the ZPN review in New Zealand, the service provides a refund within 7 days of use. This means you can test out the VPN service for a week and get a refund if you’re dissatisfied with the performance.

I used this service for secured online banking and faced no issues. Such is the encryption support provided by ZPN VPN in New Zealand. The OpenVPN protocols provide AES 128-bit and AES 256-bit encryption.

For the L2TP protocols, the encryption support is set at AES 256-bit by default, ensuring unmatched security for your data.

As for protocols, ZPN provides OpenVPN, and L2TP protocol supports to all operating systems except for Linux. The Linux version of ZPN is only compatible with the OpenVPN protocol.

Jurisdiction – Where is ZPN VPN based?

The country is not associated with any 5 eyes, 9 eyes, or 14 eyes countries. However, all the telecommunication companies in UAE are state-owned, which is a big bone of contention.

A good VPN is identified by the number of servers it provides to the users. ZPN VPN fares well in this aspect by providing its customers an extensive range of servers.

In this analysis, I learned that you can get connected to 926 servers worldwide.

And it does not end here; this VPN does not even bother you with the selection of servers, but it connects you automatically to the servers with a single click. This function is based on your geographical location.

All the servers come with protocol OpenVPN and L2TP support, except for Linux, which only supports OpenVPN.

Sadly, the UAE-based VPN has not done a lot of hard work when it comes to discussing its speed factor.

I used a 15 Mbps internet connection before performing a speed test:

I tried to connect to its US server but was connected to Canada instead.

Streaming – Does it Support Netflix, Other Platforms & Torrenting in New Zealand

Interestingly, ZPN allows you to unblock US Netflix in New Zealand in no time.

If you want to watch your favorite TV shows or movies hassle-free in New Zealand, ZPN becomes an interesting choice for unblocking Netflix.

However, you may face issues while unblocking other streaming services like BBC iPlayer, Hulu, and Kodi. Thus, you will need to use a VPN and Kodi service together to access the geo-restricted content on Kodi.

ZPN also provides torrenting support facilities to its users that enable them to download their preferred content from anywhere securely.

I checked its IP leak protection feature, but the service failed the test miserably.

I connected to the US server, but upon checking IPleak.org, I learned that I was connected to its Canadian server. 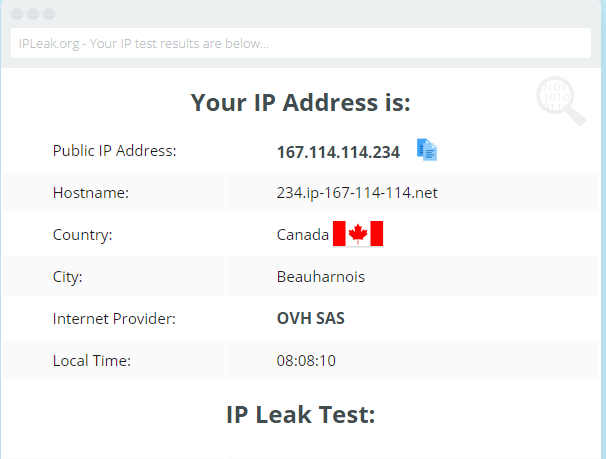 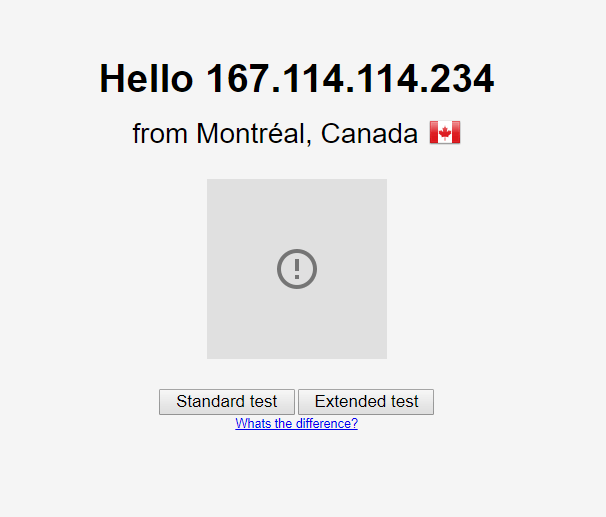 Overall, the service did not pass any leak test at all. On top of the cherry, the Windows file did not clear the fitness test and exposed different viruses as well.

ZPN does not log its user activities and follows the concept of no logging correctly.

However, ZPN keeps a track record of when you log in, when you log out, and how much data you consume while connected to the VPN. But that is also done to ensure 100% performance at all times.

The company has a standard fair use policy, meaning you must not use this service for criminal activity. Regardless of this, ZPN VPN in New Zealand does not keep any logs in any case. 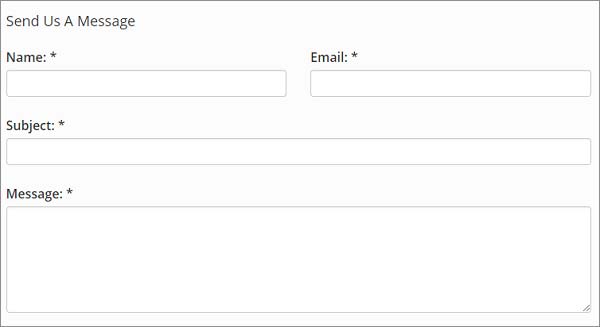 The difference between a good VPN and a great VPN always comes down to one major factor; customer support. For me, a good customer support system equips customers with all the relevant knowledge about the product.

As per the analysis, I conclude that their customer service needs some work. On the one hand, the FAQ section of ZPN VPN’s website contains adequate information about the service; on the other, they provide no live support to the customers.

All this makes their customer service a hit-and-miss affair.

ZPN is compatible with all the leading platforms like Windows, Mac, Linux, Android, and iOS.

Compatibility is the forte of ZPN. To ensure that every internet user is safe while accessing the blocked websites, ZPN has made its VPN client compatible with Windows and Android and is also compatible with Mac OS, iOS, and Linux.

You must follow a simple process to download the ZPN VPN client. The client can be operated with ease and works without any technical glitches.

If you are unsatisfied with ZPN’s compatibility in New Zealand, check out our detailed review of ExpressVPN because there is no device or platform where ExpressVPN isn’t available.

The VPN Client for Windows is very elegant and simple. It doesn’t matter if you have experience handling VPN services or are relatively new; you will find it very easy to use.

You can also use the VPN client for Android for free from the website and use it on your smartphone or tabs. Just download ZPN App on your phone or tab, and tap it to open.

You can select the protocols and ports per your needs and check out other options.

If you’re not interested in ZPN in New Zealand, then have a look at this detailed guide on VPN Android to explore more popular VPNs for Android.

Comparison between ExpressVPN and ZPN VPN in New Zealand

In case you wish to differentiate between both these VPN services in New Zealand, have a look at the below-mentioned table:

Fortunately, you can still secure your online privacy through other VPN services in New Zealand. Yes, you have read it correctly. If you are contemplating availing of providers other than ZPN VPN in New Zealand, you can read some other VPN reviews.

Do I Recommend ZPN.IM VPN in New Zealand?

After ZPN VPN Review in New Zealand, I did not enjoy using ZPN. Therefore, I don’t recommend the service in New Zealand. During testing, the service did not perform well in different areas like leaks & virus testing, pricing, speed, and customer support too. Similarly, it’s not a good option for unblocking streaming sites.

On the other hand, its performance was satisfactory in terms of compatibility, logging policy, tunneling protocols, and encryption as well.

It can unblock Netflix and other streaming services in New Zealand but have to improve a lot in privacy-related areas.

If you want to read comprehensive reviews about other best VPNs, read our dedicated VPN reviews page.