Visit Unlocator
Get 51% off

The company provides Custom Computer Programming Services and released its SmartDNS service in 2013 to cater to the accessibility and unblocking needs of netizens worldwide.

Along with DNS service, Unlocator comes packed with an Unlocator VPN that is widely considered as an unblocking tool rather than a robust online security solution.

According to this Unlocator review in New Zealand, the service does not provide many servers compared to other VPNs like ExpressVPN or Surfshark.

Furthermore, it keeps usage logs and does not deliver eye-catching connection speeds to its users. Above all, its jurisdiction is not conducive for users as it belongs to 9 eyes countries.

If you want to know about VPNs other than OVPN, read this exclusive VPN reviews guide.

I have tested Unlocator as per my own rating criteria that includes:

Jurisdiction – Where is this VPN situated?

Ironically, Unlocator mainly hails from Denmark, a 9 Eyes country. The country follows GDPR guidelines in the right way and shares its users’ information with other alliance partners categorically.

Denmark is also included in the list of Nordic countries.

Security – How secure is Unlocator in New Zealand?

Unfortunately, this Denmark-based service keeps its users’ usage logs for a day at least as Unlocator’s primary focus is on geo-dodging and not privacy.

Moreover, they also maintain their exclusive cookie policy which is considered another way of storing users’ data in New Zealand. On the other hand, they offer different protocols like PPTP, L2TP/IPsec, OpenVPN, and IKEv2.

In terms of encryption, they deliver 256-bit military-grade encryption along with SHA-512 authentication.

Unlocator is safe to use as it won’t leak your crucial personal information online. Here are the snapshots:

I tested its Android app link on VirusTotal and received no virus at all:

Servers – Are they P2P compatible?

Surprisingly, Unlocator only offers 40+ servers in 37 countries worldwide. The service has to improve its prevailing server network to new heights if they want to compete with other VPNs in the industry.

On the brighter side, the provider allows its users p2P activities in true letter and spirit. However, they advise their users to avail servers located in P2P-friendly countries.

Speed – Not on the Higher Side

Unlocator does not offer impressive connection speeds in New Zealand. When I connected to its Bulgarian server using my 30 Mbps internet connection in New Zealand, I received just 6.89 Mbps download speed in return:

Streaming – Does it unblock US Netflix in New Zealand?

Interestingly, Unlocator allows users to access the US Netflix media library from anywhere. Hence, you can watch all your favorite TV shows or movies on your desired devices in New Zealand instantly.

Unlocator takes an edge over many paid VPN services in New Zealand with its compatibility on a range of platforms when it comes to compatibility. Unlocator is available across iOS, Android, Tablets, Smart TVs, and many gaming consoles.

They deliver interactive apps for different platforms like Windows, Mac, and Amazon as well.

Furthermore, subscribers can manually set up Unlocator VPN on iOS, Android, and Windows by referring to setup manuals in the support section.

Pricing – What is the cost of Unlocator in New Zealand?

Its pricing is relatively on the higher side. At present, Unlocator offers different pricing plans in New Zealand that include: 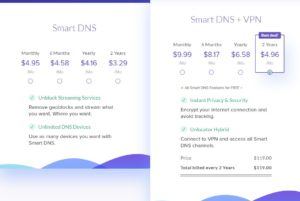 On the payment front, the service does not offer various options. You can only avail yourself of a handful of payment methods in New Zealand like Credit Card, PayPal, Google Pay, and Apple Pay as well.

Interestingly, netizens can enjoy every service feature of the premium version through Unlocator free trial version for seven days in New Zealand.

Last but not least, you can avail yourself of 5 simultaneous connections along with 30 day money-back guarantee.

On Trustpilot, many users have given them positive feedback in New Zealand. This is because 93% of users have rated their performance excellent based on their personal experiences. 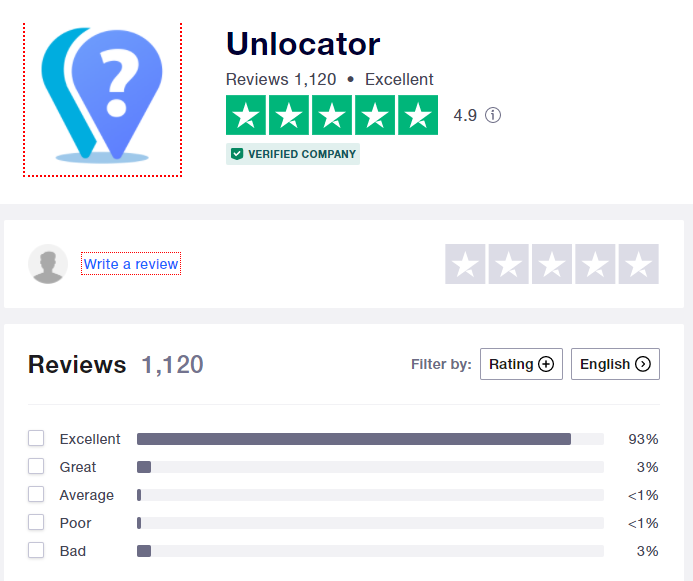 On the other hand, various Reddit users have complained about its Netflix unblocking feature.

Customer support is one area where they have beaten their competitors by a long distance. Here is the list of different things their support includes:

This way, you may solve all your VPN and general queries at the earliest.

Comparison between ExpressVPN and Unlocator in New Zealand

I have mentioned the salient attributes of both these services. This way, you may decide about your privacy in the right way.

Alternatives to Unlocator in New Zealand

Unlocator is not an option for Netizens that wish to experience secure browsing in New Zealand. For them, other VPN providers will do a better job. Here are their reviews.

Do I Recommend Unlocator in New Zealand?

Based on the above Unlocator review. No, I don’t recommend Unlocator to privacy seekers across the world.

As a SmartDNS service, Unlocator offers a lot more than other DNS providers. Let it be unblocking, streaming, or exploring media on the internet, Unlocator performs well in all three areas. However, when it comes to reliable online protection, Unlocator is definitely not a preferred option.

The service keeps usage logs and hails from 9 eyes jurisdiction which is not a good sign from users’ privacy point of view. Likewise, the service has also fallen short in the speed domain to a great extent.

Based on the above Unlocator review in New Zealand, the provider has earned a 2.8/5.0 stars rating overall.