Super VPN is just about the sketchiest VPN I’ve ever reviewed in New Zealand. I mean, I’m not even sure how it managed to get over one hundred million downloads on Google Play Store. It’s just a free VPN that keeps tons of logs, asks for way too many app permissions, offers no features at all and seems to be only available on Android. What’s even worse, it offers no information about the protocols it uses in New Zealand.

It has a website, but it looks like something straight out of the ’90s. I mean, their UI is awful, and they still advertise to unblock MSN and Yahoo Messenger for some reason. Who uses that anymore in New Zealand?

In terms of performance, Super VPN doesn’t work with Netflix, and you can’t even download torrents with it since it stores user information in servers located in the US and UK.

The only thing I found good about not-so Super VPN is that it is fast in New Zealand. But this could be because it uses weak encryption. Overall, just because it’s fast, I’ve given it 1.5/5.0 stars in this Super VPN review in New Zealand.

If you don’t care about privacy, by all means, go with it. But if you do, avoid this VPN at all costs and use something like ExpressVPN or Surfshark. If you wish to check out other VPNs that are free, please check out our list of the best free VPN services.

To thoroughly test Super VPN for its pros and cons, I used my 9-step rating criteria:

Jurisdiction – Where is Super VPN based?

Where is Super VPN based? Well, I would tell you if I only knew. That’s because they’ve not disclosed the jurisdiction from which they operate. This should be enough to set off red flags. The only information about the company that I could find on the Google Play Store is the developer’s address, who is supposedly from Singapore.

But I doubt that’s even real. Since they mention storing information in servers based in the United Kingdom and the USA, I believe they might be operating from any of these countries. If that’s the case, this could mean that they’re an active part of the infamous 5 eyes alliance.

Yes, Super VPN Review in New Zealand keeps logs. If you go through their terrible-looking privacy policy, you’ll see that they clearly mention monitoring IPs. They do mention that they don’t monitor user traffic, but why would they then store IPs in the first place? Confusing right?

Another thing that is super suspicious about Super VPN is that it mentions storing user information in servers based in the US and the UK. This means that they would legally have to comply with law enforcement agencies.

Worst of all, they clearly mention in their privacy policy that they may disclose collected information with law enforcement organizations if needed. If that’s not enough of a reason to avoid this VPN, then I don’t know what is.

As far as their protocols are concerned, they don’t offer any information about them. I’m serious, you’re not going to find anything on the Google Play Store or even on their website in New Zealand. I am not sure how anyone can trust a VPN service like this. After digging around a bit, I think they only use the IKEv2 protocol.

As for encryption, again, you’re not going to find any option in their app. However, if you head over to their utterly dated-looking website, you will see that they mention using 128-bits and 4096-bits encryption. As far as other features are concerned, you’re out of luck. You’re not going to find a Kill Switch, Ad-blocker, leak protection, or pretty much any basic features.

Overall, Super VPN is not safe in New Zealand despite the name, and I can’t urge you enough not to use this service. If you want protection and uncompromised performance, use a reputable VPN like ExpressVPN or Surfshark.

Super VPN Review in New Zealand, we checked VPN leaks, despite my initial impressions, Super VPN actually managed to pass all my leak tests. Suffice it to say, I didn’t come across any form of IP, DNS, or WebRTC leaks. Here are the screenshots of the test results:

First, I tested for IP leaks while using the US server. As you can see from the screenshot below, it didn’t leak my IP address—what a surprise. 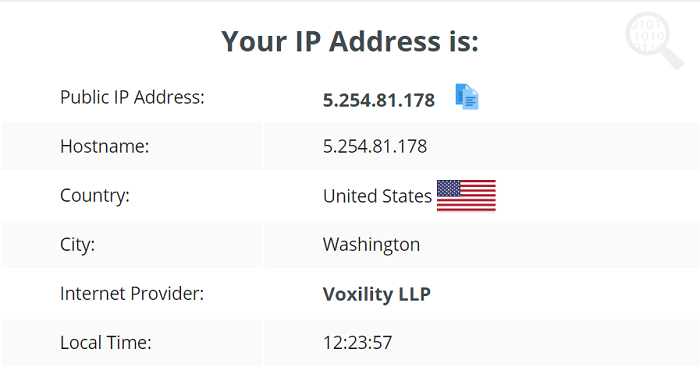 Next, I checked for DNS leaks, and Super VPN passed this test too. As you can see from the screenshot below, I’m connected to a DNS server from the US.

Lastly, to be extra sure, I tested its app for hidden malware using virustotal.com. Surprisingly, the test results came out clean. Just check out the screenshot below:

Well, I wouldn’t necessarily recommend torrenting with Super VPN in New Zealand. Remember I mentioned they store user information in servers located in the UK and the US? Well, keeping that in mind, it’s best to avoid using it for torrenting. It’s also worth noting that the only server locations that support torrenting are the US and Germany.

Even if you can risk downloading torrents with it, you’re probably going to experience terrible performance thanks to its relatively small server network. Currently, you can only choose from 475 servers in 48+ countries. In comparison, other VPNs offer at least 1,000+ servers.

Does Super VPN work in China?

Well, I think you already know the answer. Since it barely offers any server locations, it’s no surprise that it doesn’t work in China. Again, if that’s something you prefer, I would recommend using actual VPN services like ExpressVPN which offer thousands of servers.

Speed – How fast is Super VPN?

On the speed front, Super VPN is pretty good in New Zealand. I’m not gonna lie, it surprised me a bit. With my 35 Mbps test connection, I managed to get above-average speeds. First, here’s a screenshot of my default internet speeds:

With the Canadian server of Super VPN, I managed to get around 24.35 Mbps downloading speed. Not bad at all if you ask me.

With the UK servers, I managed to get the best speed. On average, the UK server was able to output around 27.18 Mbps download speed.

Streaming – Does Super VPN work with Netflix in New Zealand?

Unfortunately, Super VPN does not work with Netflix in New Zealand. That’s not surprising, considering it only offers a handful of server locations. All in all, despite connecting to the US server, I still came across the Netflix proxy error multiple times. That’s just downright disappointing.

Other Streaming Services that work with Super VPN

Aside from Netflix, Super VPN surprisingly managed to unblock BBC iPlayer. Although the streaming quality was not the greatest, I was still a bit surprised to see it working at all in the first place. 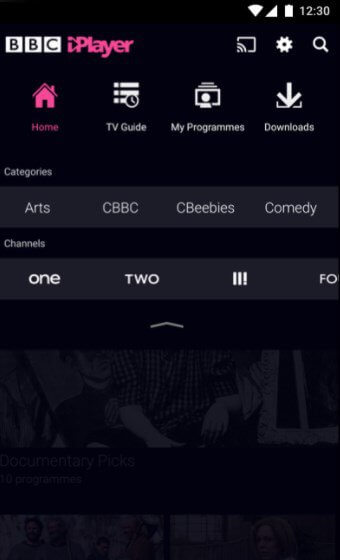 Compatibility – Which devices can I use Super VPN with?

In our Super VPN Review in New Zealand, we tested its compatibility is concerned, you’re not going to find Super VPN anywhere other than Google Play Store. Although on its website, you can see that it mentions many desktop and mobile devices, however, I couldn’t find any of its apps for Windows, Linux, or macOS. I couldn’t even find its app on iTunes. Overall, if you own anything other than an Android device, Super VPN would be a terrible choice.

As I mentioned, I could only find SuperVPN on the Google Play Store, so I’m only going to talk about its Android app’s user experience. To start with, its user interface looks awful. You only get an option to connect or select servers, and that’s about it. 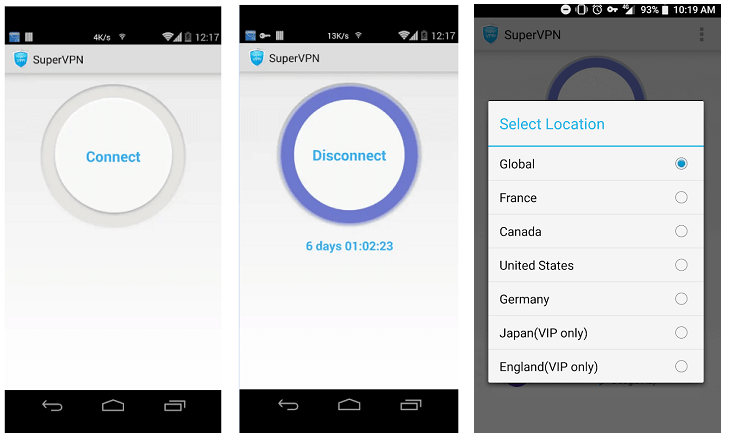 Another thing that I find to be really annoying is that it shows too many ads. Worst of all, the Android app of Super-VPN asks for too many app permissions. When you first download the app, it will ask for all kinds of unnecessary permissions for app data, accounts information, location, phone status, media storage, phone storage, and more. 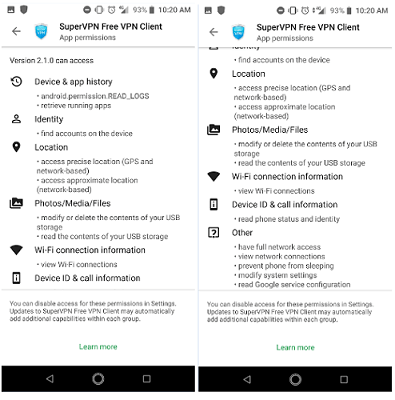 Pricing – How much does Super VPN cost in New Zealand?

When a Super VPN service lacks so much in features in New Zealand, you’d at least expect it to be cheap, right? Unfortunately, it is not cheap at all in New Zealand. Aside from the free version, Super VPN offers six (6) different types of pricing plans:

Its cheapest plan starts from NZ$13.08/mo, and the most costly plan is available at the whopping price of NZ$49.07/mo. Super VPN also comes with a relatively short refund policy as well. If you change your mind, you can claim a refund within 15-days in New Zealand. You can check out their refund policy for more information.

Although not cheap, I do like that they offer simultaneous connections ranging between 3-5 devices depending on which plan you go for. It’s quite good to see that they let you try out their paid plans for 30-days for absolutely free.

To be honest, no. Super VPN is not safe and doesn’t recommend using it in New Zealand. After all, it’s not clear which jurisdiction it is based in. It’s also hard for me to trust a service that asks for too many unnecessary app permissions.

In addition, what kind of VPN service stores its user’s data in servers located in the US and the UK? Overall, don’t use this VPN if you care about your privacy.

As far as their support system is concerned, it’s very, very weak in New Zealand. The only way you can contact them or get any help is through the FAQ section’s contact form.

There is a live chat option available on their website, but it was still unavailable no matter what time I tried. They also have an office landline number, but I’m not sure if it works (302-353-1953). 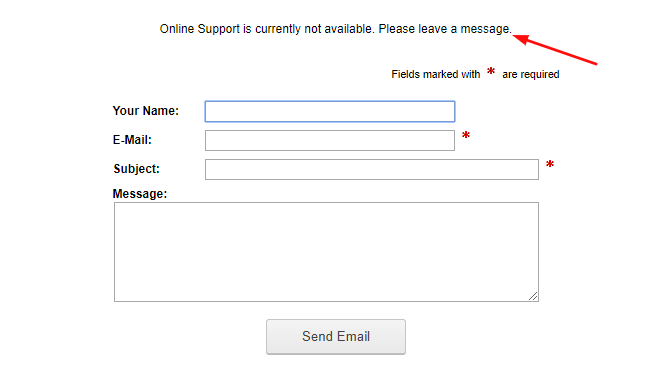 As if I haven’t made it clear, I don’t recommend you try this service in New Zealand. As an alternative, I’ve compared it to ExpressVPN. Feel free to check out the comparison below:

Since you might now be looking to try something other than Super VPN, here’s a list of some alternatives you can try:

Do I Recommend Super VPN in New Zealand?

No, I don’t recommend Super VPN in New Zealand. It’s a terrible VPN service that offers no features at all.

Although it is decently fast, it’s super hard for anyone to trust this service with their privacy. After all, nobody even knows where it’s headquartered in. Overall, considering how many cons, it has and only a few pros, I’ve managed to give it only 1.5/5.0 stars in this Super VPN review in New Zealand.

In case you want to know about other VPNs trending in the VPN industry, refer to our comprehensive VPN reviews 2023 guide.