Visit Avira Phantom VPN
Get 35% off

Avira Phantom VPN is the brainchild of the same team that developed a renowned Avira Antivirus software. The service delivers high-level encryption coupled with smooth-free performance.

In addition, while writing this Avira Phantom VPN review in New Zealand, I have found that this VPN has a good logging policy as it keeps no identifiable information of the user. The service works well for streaming services like Netflix but doesn’t have the same effectiveness for BBC iPlayer.

It also delivers below-average speeds and has no proper customer support options. The server network is quite small as well unlike providers PureVPN or ExpressVPN.

Nonetheless, due to the fact that it offers a free plan, is generally safe from a privacy standpoint, and has decent support for Netflix, I have awarded it a rating of 3.2/5.0 in this Avast Phantom VPN review. Check out our Ratings for more VPNs in New Zealand.

Let’s have a look at the rating criteria on the basis of which I have performed this review:

Jurisdiction – Is Avira Phantom located in a 5-eyes country?

Avira Phantom VPN hails from Germany, which is a part of the 14 Eyes alliance. In spite of that, Avira has a pretty reassuring logging policy.

The company clearly mentions that they have a legal obligation to comply with the legislation of the countries they operate in, but if they have nothing important to share with authorities in the first place, there’s no chance of your privacy being violated.

This makes Avira a reliable VPN provider since they are following a “we cannot share what we do not know” policy.

Security – Is Avira Phantom safe to use?

While conducting the Avira VPN review, I found it uses OpenVPN for Windows and Android Apps. For iOS and macOS, it uses the weaker IPSec protocols because it is not so easy to configure OpenVPN on Apple operating systems.

As for encryption, Avira Phantom offers AES 256-bit cipher which is the most advanced level of encryption available.

Apart from these core security features, Avira also offers a Kill Switch by the name of “Fail-Safe”. This feature works as an insurance policy, keeping you safe from accidental leaks of information in the event of a VPN disconnection.

Avira Phantom does not log privacy-sensitive information. The provider only stores diagnostic data (which users can disable), the bandwidth you consume, and whether you are a free or paid customer.

This is a very impressive logging policy that only records the bare minimum of information for Avira to maintain and run the service. Therefore, Avira gets full points for being a privacy-focused VPN service. 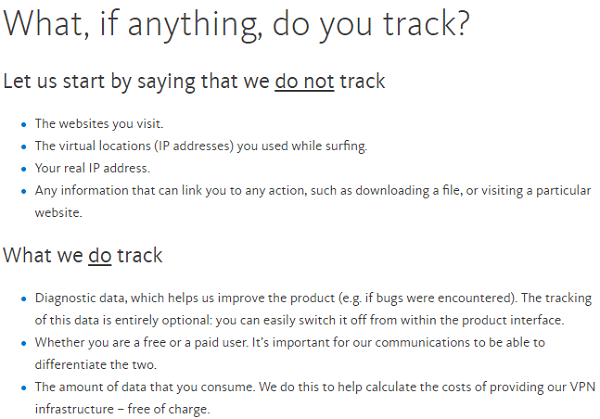 Leaks – Does Avira Phantom leak your IP, DNS, or WebRTC?

Avira has decent security in place and it does not leak your IP, DNS, or WebRTC as it passed the required tests with excellence:

I connected to a US server in Avira and performed the IP leak test first. The provider safely passed the test: 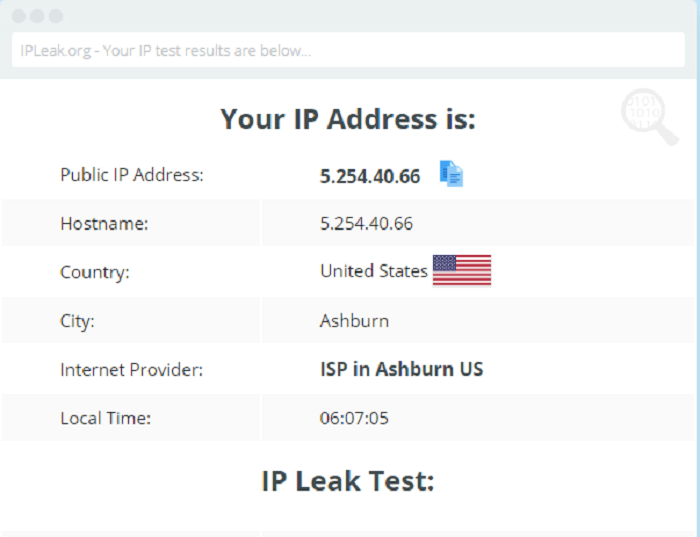 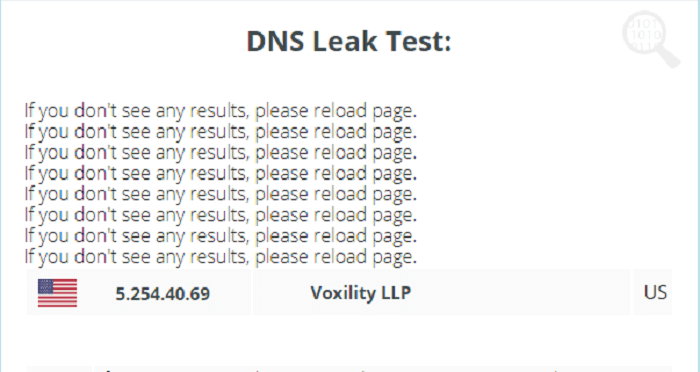 I checked its downloaded Windows file through VirusTotal.com and received no virus or malware threats at all.

Avira Phantom has a network of 1400 servers in 37 countries. The VPN supports p2p and torrenting traffic, so you can perform p2p filesharing using Avira.

Does Avira VPN work in China?

Unfortunately, Avira Phantom doesn’t work in China. The service doesn’t offer obfuscation features in their armory which is necessary to gain access in repressive regions like China.

Avira offers lower than average speeds on most servers. I used a 30 Mbps base internet connection speed for this VPN.

Testing the VPN on the US server location first, it delivered only a poor 4.67 Mbps download speed.

I then proceeded to test speed on a UK server, which performed slightly better but still way off from the base speed:

Finally, I connected the “nearest server” location option, which gave me better results:

On average, Avira performs poorly. But if you do want reasonable speeds while using Avira Phantom, you’d be much better off using the nearest server location option.

Streaming – Does Avira VPN work with Netflix in New Zealand?

Avira Phantom VPN has the capability to unblock US Netflix in New Zealand.

I was able to instantly unblock American Netflix in New Zealand using a special streaming server offered by Avira:

The streaming quality was quite decent too and it hardly took 2 seconds of buffering. Therefore, Avira Phantom is an impressive service as far as its capability to unblock Netflix is concerned

While Avira is quite effective for Netflix, it doesn’t have the same access when it comes to other services. For instance, it failed to connect to BBC iPlayer when I tried to access it using a UK server:

So, you can use Avira Phantom for Netflix streaming but it’s not reliable for services like BBC iPlayer.

Compatibility – How many devices do Avira Phantom support?

Avira Phantom VPN allows unlimited simultaneous connections. It offers dedicated apps for Windows, Mac, Android, and iOS. You can use Avira browser extensions for Opera and Google Chrome. However, Avira Phantom VPN presently does not work with Linux and routers.

The Windows app for Avira Phantom VPN is a model of simplicity. The VPN lives quietly in the taskbar. You can choose your server from the main screen and access settings from a gear icon on the top. That’s literally all you need to know in order to use this VPN app on your Windows. 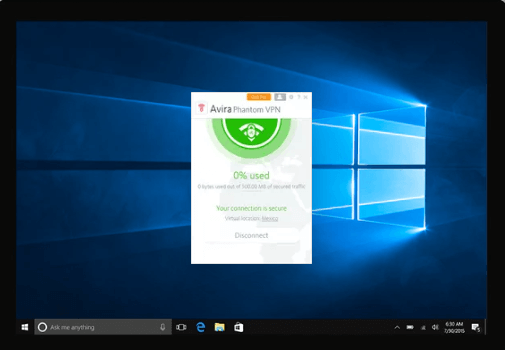 Avira Phantom offers an app for Mac that is the exact same as Windows. The only difference is that it uses the IPSec protocol rather than OpenVPN which is used in the Windows app. Other than that, the Mac app looks and functions quite similarly. 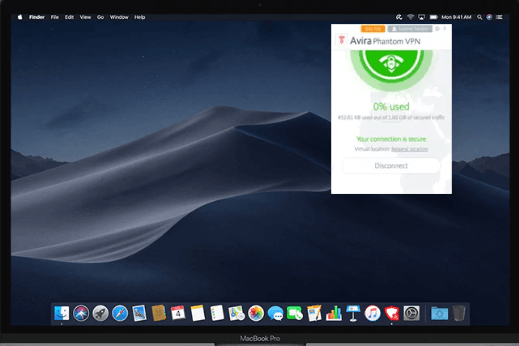 Avira’s VPN app for iOS is a lightweight, user-friendly app. Much like the desktop app, you can choose a server location from the main screen and access settings by tapping the three vertical lines on the top left. Feature-wise, the iOS app lacks the kill switch available in desktop apps. 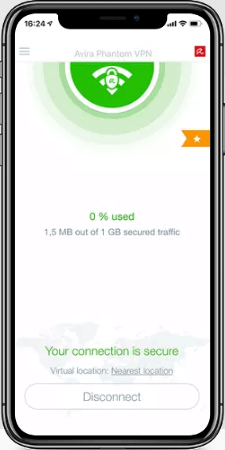 The Avira Phantom Android app is an exact replica of the iOS app. It has the same features and functionality, as well as the same look and feel. In addition, it doesn’t have the kill switch feature available in desktop apps.

Pricing – How much does Avira Phantom VPN cost in New Zealand?

This German VPN service offers a free version but has expensive paid plans for its Kiwi users.

While jotting down this Avira Phantom VPN review in New Zealand. I have came to know that the service offers an exclusive free plan. You can avail of this plan without any subscription. Through the free VPN plan, you can use 1 GB of data on a monthly basis.

At present, the VPN has the following plans for its users that include:

These pricing plans are much higher as compared to other VPNs like Surfshark or NordVPN. However, you can claim the refund within 30 days after the subscription if you are not satisfied with the service.

But if you’re looking for top-quality VPNs at discounted rates, I would recommend you to check out our handpicked list of VPN deals in New Zealand 2022 right now.

In terms of online payment methods, the provider accepts credit cards and PayPal:

Avira has a great reputation on Trustpilot with a 4.5/5.0 rating. However, it’s the antivirus software of the company that most people have talked about in these reviews. Nonetheless, the high rating shows that people generally trust the company’s products. 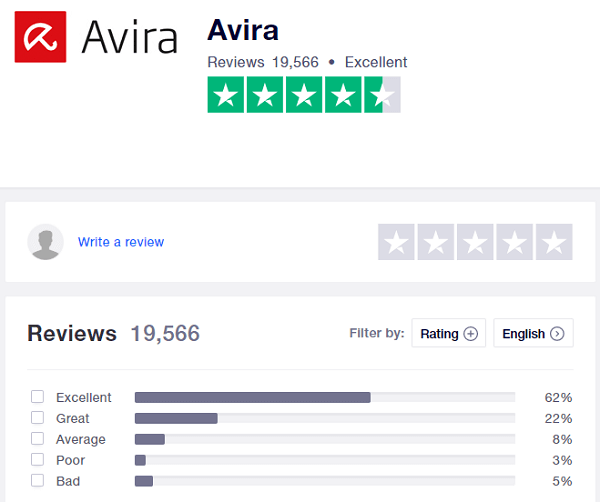 Avira is popular for its antivirus service and is not that widely recognized for its VPN. As such, there aren’t many threads on Reddit related to Avira Phantom VPN.

The following user, for instance, expresses uncertainty about Avira:

Avira Phantom VPN did not impress me at all in terms of customer support. I found no live chat or email ticketing systems to contact customer support teams for any queries or problems.

Instead, the company only offers FAQs in their support section. This is quite disappointing as most leading providers today offer live chat support for instant response to customers.

Comparison between ExpressVPN and Avira Phantom VPN in New Zealand

If you wish to differentiate between these two VPNs, consider reading this below-mentioned table:

Here is the list of other VPNs reviews you can read if you don’t want to use Avira Phantom VPN:

Do I Recommend Avira Phantom VPN in New Zealand?

So after this Avira Phantom VPN Review in New Zealand. Yes, I recommend Avira Phantom VPN. It has a good logging policy, nicely designed user-friendly apps, offers a free version, and functions well with Netflix.

At the same time, it has a few drawbacks such as slow speeds and lack of proper customer support options. Moreover, it is quite expensive considering that it has a basic range of features whereas other providers with better capabilities are available for cheaper prices.

Therefore, based on the above Avira Phantom VPN review in New Zealand, I would give the service a 3.2 out of 5.0 stars rating overall.

Refer to our VPN reviews 2022 guide to know about other impressive VPNs in the industry.