How can I use VPN for free internet in New Zealand? 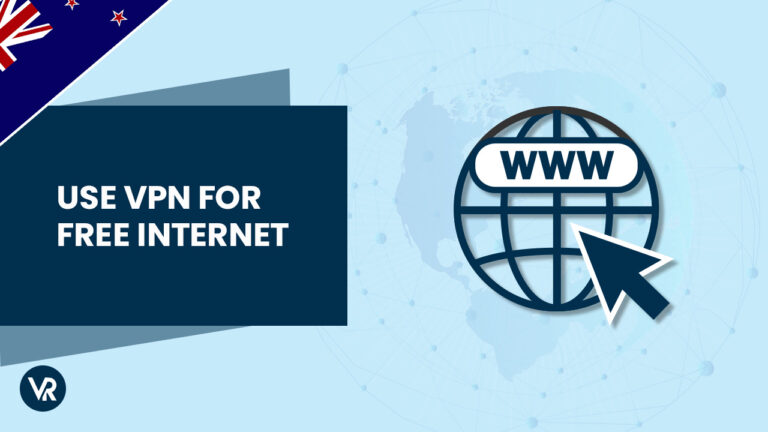 This is a clear misconception that suggests there is a correlation between VPN services and free internet usage in New Zealand. Kiwi people use VPN for free internet for different reasons, such as bypassing geographical restrictions that allow you to access different streaming services abroad like Hulu, Netflix US, BBC iPlayer NZ, SlingTV, etc.

Watch these video-on-demand streaming services with the best VPNs:

Streaming aside, Kiwis use a VPN to bypass ISP throttling issues. By doing so, you can watch your favorite TV shows and movies without facing any buffering or freezing hassles in New Zealand. But again, you cannot use a VPN to access the internet for free in New Zealand.

It means a VPN’s role becomes evident when you want to enjoy open and free internet in New Zealand. However, it will not help you use the internet at no cost whatsoever.

How can I use the Internet through VPN in New Zealand?

You can use the internet through a VPN in New Zealand by following the steps mentioned below.

Does VPN give you unlimited data in New Zealand?

We hope you would like our post that provides a detailed answer to your query, “can we get VPN for free internet in New Zealand?” In short, VPNs do not give you free internet access at all.

In fact, you will have to obtain the subscription plan of internet connection first to start protecting your desired devices in New Zealand with a VPN. This way, you can protect your web browsing activities from ISPs, third-party advertisers, and other surveillance actors.

Even though you can not obtain free internet access with a VPN in New Zealand, you can get your hands on one of the VPN providers that are working and will cost you absolutely nothing and will secure your online activities and data in New Zealand.