Zattoo From Abroad in New Zealand

Zattoo is a streaming service restricted to a few European countries only. It offers a lot of content with over 200 channels. If you try to access the service from outside Germany, Switzerland, and more without a VPN, you will receive the following geo-restriction error:

“Zattoo is not available in your country”

How to Watch Zattoo in New Zealand (Quick Guide)

Follow these steps to watch Zattoo in New Zealand:

After testing multiple virtual private networks (VPNs) with Zattoo, here are the 3 best VPNs to watch Zattoo in New Zealand:

ExpressVPN offers uninterrupted streaming performance with the best geo-bypassing technology. During testing, we got a fast speed of 88 Mbps on a 100 Mbps base connection which was more than enough for streaming Zattoo in HD quality.

Apart from Zattoo, you can unblock other streaming services in Germany – using the best VPN for RTL Plus, ProSieben etc. You can watch Netflix, BBC iPlayer, Hulu, HBO Max, and more with ExpressVPN from abroad.

ExpressVPN supports up to 6 simultaneous connections and it also offers a Smart DNS feature called “ExpressVPN MediaStreamer.” This feature allows you to unblock streaming platforms like NBC on devices that don’t offer native support for VPNs, such as Smart TVs, Xbox, PlayStation, and routers.

To learn more about this service, you can always read our ExpressVPN review.

Surfshark also delivers fast streaming speeds. During testing, we streamed our favorite content in 1080p and 720p without any issues. When it comes to Surfshark’s speeds, it gave off an average speed of 76 Mbps on a 100 Mbps connection when we tested it with Zattoo on a German server.

Surfshark can also unblock other geo-restricted streaming services such as Netflix, Hulu, HBO, Amazon Prime Video, and many more.

It also offers unlimited simultaneous connections on a single Surfshark account. That’s the coolest thing about Surfshark. It is also compatible with different devices such as Windows, Android, iOS, macOS, Linux, and more.

Best of all, Surfshark is available for just NZ$3.17/mo (US$ 2.05/mo) (Get 84% + 2 Months FREE on 2-Year Plan). You can use Surfshark for free for 7 days through Surfshark’s free trial. Or, you can subscribe to its excellent prices and cancel your Surfshark subscription later if you don’t like the service too much.

Learn more about it through our Surfshark review.

NordVPN is one speedy VPN offering fast server speeds for streaming Zattoo in New Zealand. With an extensive server network of 5500+ servers in 60 countries and 240+ servers in Germany to help users unblock Zattoo TV content from any country of the world.

With NordVPN, our streaming experience was smooth and without buffering or lags. If we talk about speeds, NordVPN offered an average speed of 91 Mbps on a 100 Mbps connection. Needless to say, you’ll be able to watch your favorite content in HD quality.

In addition, NordVPN also works with other geo-restricted services such as Netflix, Hulu, HBO, Showtime, NBC, BBC iPlayer, and more from anywhere abroad.

As for pricing, it costs NZ$ 5.39/mo (US$ 3.49/mo) (Get 57% Off + 3 Months FREE on 2-Year Plan) and offers a 30-day money-back guarantee to users. But, of course, you can always cancel your NordVPN subscription if you’re not too impressed by the service and just opt for another VPN.

To learn more about this service, you can always read our NordVPN review.

Testing Methodology: How we chose the best VPNs for Zattoo in New Zealand

Can I use a free VPN to watch Zattoo in New Zealand?

Zattoo is geo-restricted to Germany, Switzerland, and Austria. It blocks any traffic that comes from New Zealand. So, you cannot use a free VPN to watch Zattoo outside these countries because Zattoo blocks these services.

Here are a few reasons why free VPNs are not recommended to unblock Zattoo in New Zealand:

While the idea of a free VPN for accessing the Zattoo in New Zealand is very tempting, we still suggest using a premium VPN. You can use ExpressVPN as it offers a 30-day money-back guarantee and is also offering a limited-time offer of a 3-months FREE subscription on its 12-month plan.

How can I register for Zattoo in New Zealand?

You can signup for Zattoo from any country by using a VPN that helps you register for an account. A VPN will change your location to either Germany or Switzerland. This is how you can create your account on Zattoo but still, you will need to use a VPN every time you want to stream your desired channels or on-demand content. 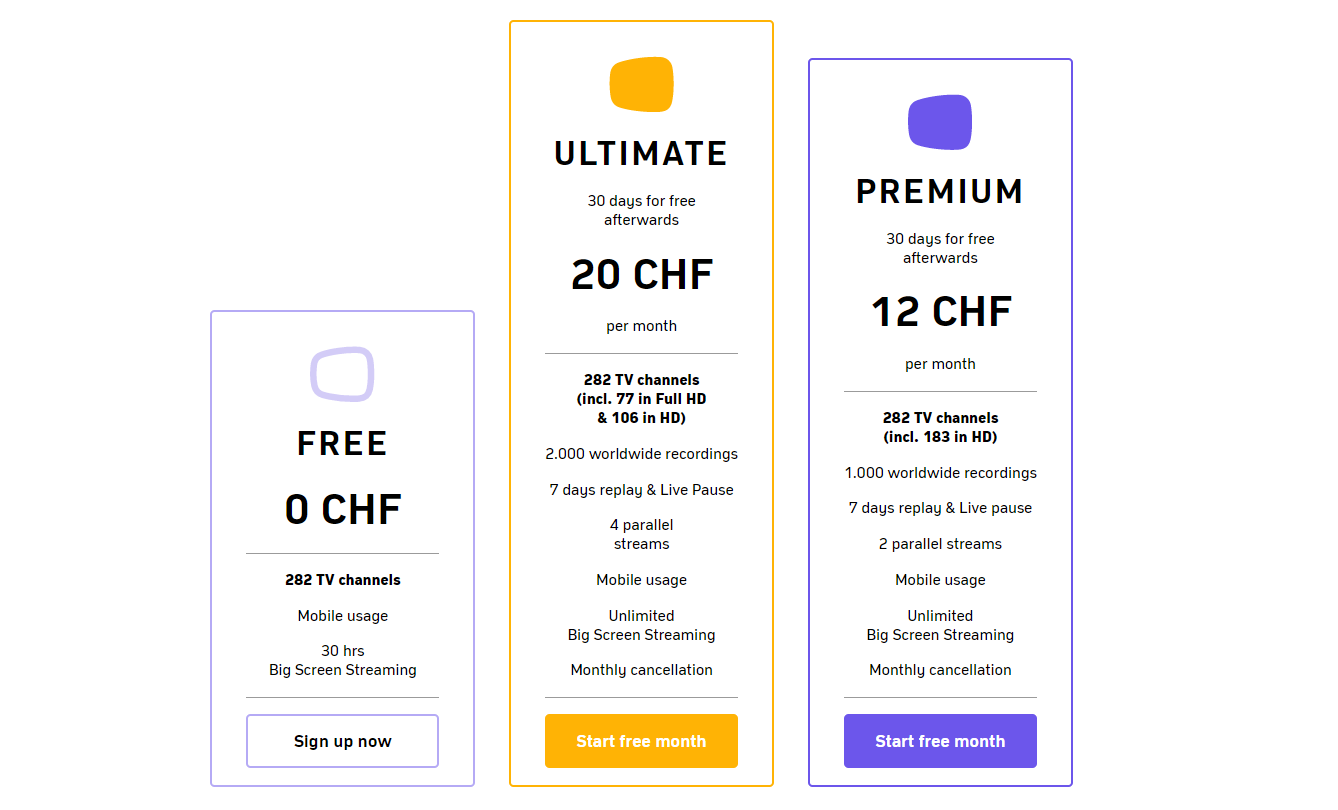 Where is Zattoo available?

Zattoo is available in a few countries, including Germany, Switzerland, and Austria. You can watch Zattoo in New Zealand using ExpressVPN.

How to watch Zattoo in New Zealand?

Can I watch Zattoo on PlayStation 4 in New Zealand?

Zattoo only offers iOS, Android, and Windows apps. So, if you want to watch Zattoo in New Zealand on your PlayStation, you can use a Chromecast to cast your screen and enjoy Zattoo shows on your PS4.

Among all the VPNs I listed above, ExpressVPN is my top recommendation. This VPN offers 4 super-fast German servers, great speeds, and top-notch unblocking capabilities that work great for enjoying Zattoo in New Zealand. Subscribing to ExpressVPN would let you enjoy a 3-month free subscription if you select its 12-month plan.