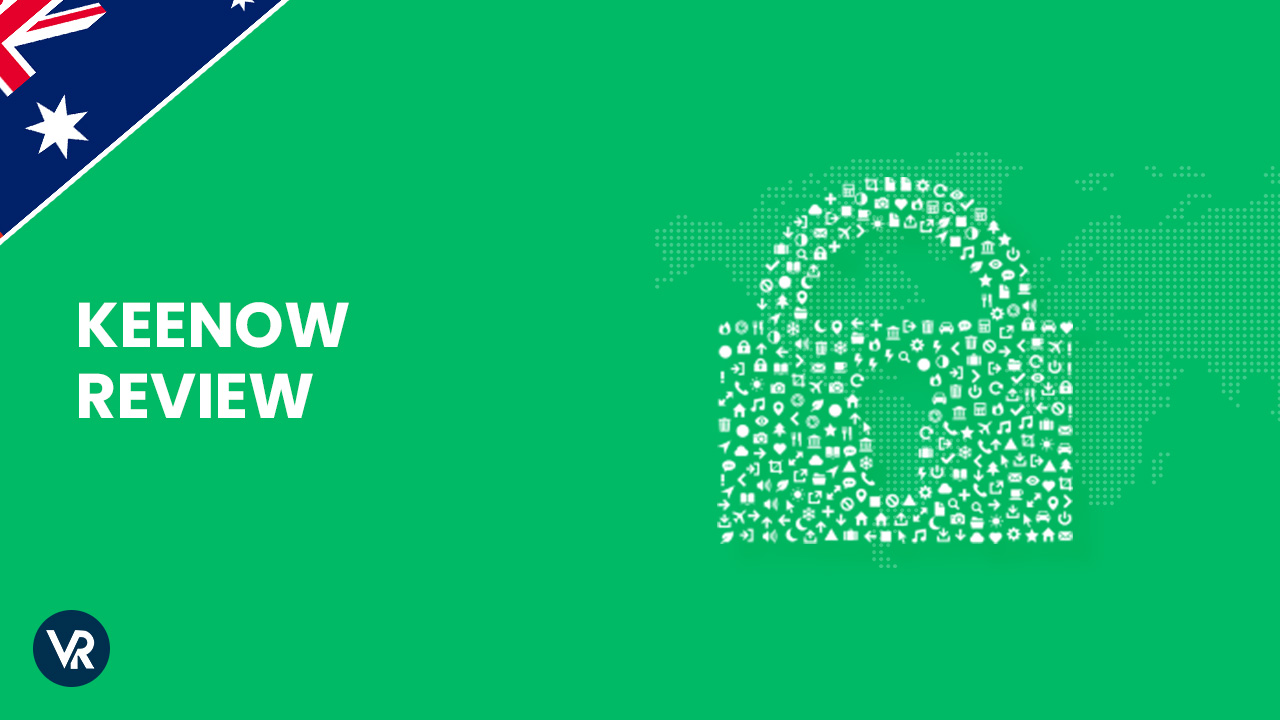 Keenow is a VPN and SmartDNS service developed by Keen Media Group. The company’s stated vision is to end online censorship, and the team behind this VPN considers the practice of geo-blocking wrong and discriminatory.

The service has the USP of unblocking Netflix seamlessly and several other streaming services like BBC iPlayer and HBO GO. It also supports unlimited simultaneous connections with a single subscription.

In this Keenow review in Australia, the service is more expensive compared to the likes of full-fledged VPNs like ExpressVPN or Surfshark, which offer a broader range of privacy features at lower pricing, and its logging policy, while not problematic, may cause reservations among the more privacy-oriented users.

The provider boasts a fairly fast network and has a small but strong infrastructure of 40+ servers in 30 countries. Keenow offers support for p2p and has stealth VPN technology to enable functionality within China.

However, the service has earned a rating of 3.4/5.0 for its strengths, with its pricing being the major drawback against it. Also, you can check out more VPNs that are highly recommended and evaluated by VPNRanks.

In Keenow review in Australia as per my own developed criteria that includes:

Jurisdiction – Where is Keenow headquartered?

The role of Israel in domestic surveillance-gathering alliances like the 14 eyes is a bit unclear. However, Snowden mentioned more than 30 countries involved – to varying degrees – in online surveillance of citizens, including Israel.

On the one hand, Israel’s legal structure is quite reassuring from a privacy standpoint, but surveillance agencies don’t really inspire too much trust. Keenow isn’t exactly in the green zone in terms of jurisdiction, but it isn’t in the red either.

Security – How safe is Keenow VPN In Australia?

Yes. Keenow VPN is a safe service that guards your security well.

Keenow offers OpenVPN and IKEv2 protocols for tunneling. You can use OpenVPN either over UDP or TCP, depending on your preference. If you need faster speed than UDP is the better choice, you should go with TCP if you want more reliability and unblocking capability.

Both OpenVPN and IKEv2 are powerful protocols that guard your security well. For encryption, Keenow uses the AES-256 standard, which is among the strongest encryption levels available.

Also, Keenow has a Kill Switch feature embedded in its VPN client. This option is called “kill networks if VPN connection drops” and is available for Windows and Mac apps of Keenow.

Keenow VPN does not store sensitive logs about you.

The provider has a pretty transparent privacy policy that doesn’t beat about the bush and explicitly mentions every type of information they retain in their data centers. 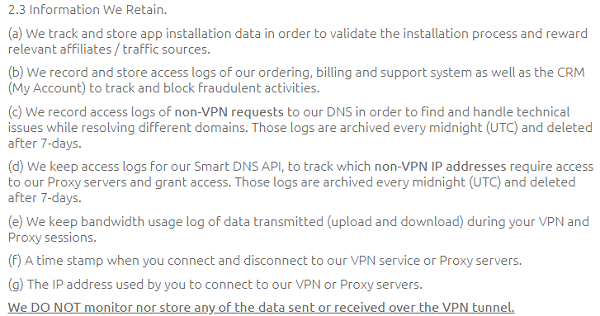 According to this statement, Keenow is keeping user records of IP addresses, timestamps, and bandwidth. It also stores DNS logs, but only for non-VPN-related traffic on its website. Moreover, these are only stored for a period of 7 days with the express purpose of resolving technical issues.

Thus, although Keenow stores some logs, the important thing is that it does not monitor or record the web traffic of users (the data transmitted and received over the web while using the VPN).

Keenow deserves to be commended for clearly disclosing what type of user data it retains. But at the same time, the retention of IP addresses and timestamps gives me some reservations.

Nonetheless, the most important thing is that it does not store any traffic logs, which is the greatest source of your personal information.

Therefore, while Keenow’s logging policy is not perfect, it is reliable enough to be trusted.

Keenow does not reveal your original IP address, DNS, or WebRTC information. Here are the screenshots:

There was no IP leak problem with Keenow when I ran tests after connecting to its Germany server. 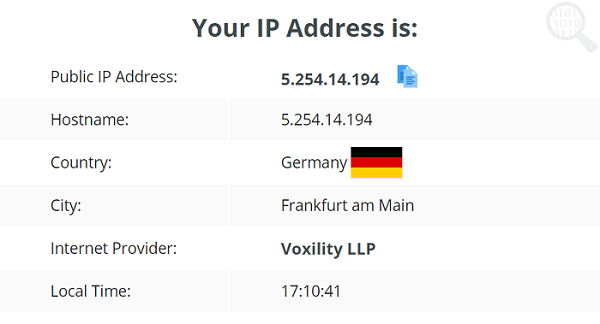 The VPN was able to pass the DNS leak test successfully. It did not leak my DNS.

Keenow has no issues with WebRTC either:

I checked its Windows app through VirusTotal and found no malware whatsoever:

Keenow Unblocker provides more than 40 servers across 30 countries and 1 server in Australia. This is a decent-sized network that covers most of the major locations of the world.

However, it is not comparable to ExpressVPN and NordVPN, which offer servers upwards of 3,000.

Does Keenow work in China?

Keenow Unblocker offers a “Stealth VPN” feature for users in China. Although we could not test it within China, it is certainly a promising feature because the only way VPNs can work in China these days is through sophisticated obfuscated servers.

Therefore, if you are located in China, Keenow is certainly worth a try.

Speed – How fast is Keenow?

According to Keenow review in Australia, it is considerably a fast service.

I used a 30 Mbps internet connection and performed tests on different servers to test it.

The service worked quite fast on the US server:

On the UK server, it dropped in speed by a small amount but still delivered impressive speeds:

Finally, on the German server, it produced a consistent result:

Keenow is a speedy service that makes it a good candidate for streaming and torrenting-related purposes in Australia.

Testing the VPN with Netflix, it was a breeze to unblock the service with Keenow’s servers:

The fast speeds enabled me to stream the content library of Netflix with hardly any buffering and high picture quality.

Keenow is also compatible with several other streaming services. I also tested it for BBC iPlayer after connecting to its UK London server, and it managed to unblock the service in an instant: 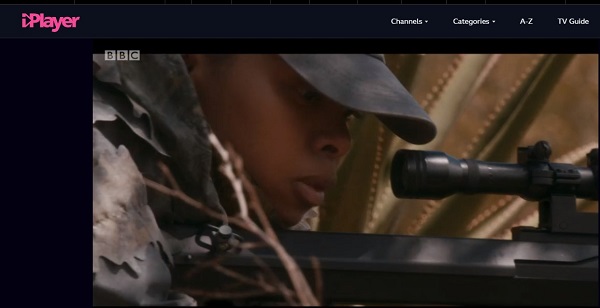 This service supports popular platforms, i.e., Windows, macOS, Android, and iOS. In fact, it is one of the few VPNs that are compatible with older versions of operating systems as well, such as Windows XP and macOS 10.6.

The service does offer an apk for Amazon Fire TV, which is really convenient for FireStick users. Their provider is also working on adding Linux support this year in 2022

The Keenow app for all devices is pretty basic but functions well.

The Windows app of Keenow is a lightweight and straightforward service to use. You can connect to your favorite servers from the main screen and access other features through advanced settings by clicking the three vertical lines:

The macOS app of Keenow is the same as the Windows version, with almost the same features and interface. You can access settings and servers through relevant tabs on the main screen, like in Windows.

The Android app is designed with the same blueprint as the desktop app. Visually it has the same interface and color schemes. However, there are fewer features in this app.

For instance, there’s no kill switch, which many VPN providers fail to include in their smartphone apps. The app functions and performs its basic functions quite well otherwise. 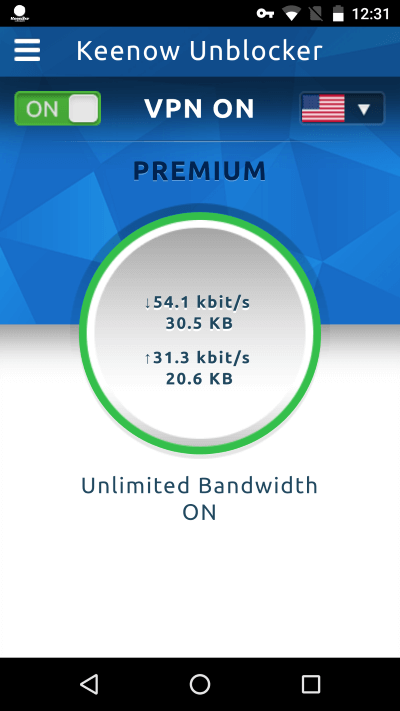 The iOS app of Keenow Unblocker looks and behaves the same as the Android app. You can access the server list from the main screen and settings to tweak your preferences around a bit.

Pricing – How much is Keenow VPN in Australia?

It comes with a 30-day money-back guarantee and offers multiple payment options, including bitcoins: 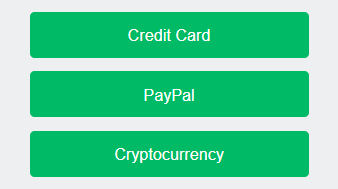 Keenow has a Trustpilot rating of 4/5.0. It has received an average rating from 12 reviews, but that’s not a large enough sample size to draw any conclusions.

Most Reddit threads about Keenow are about its unblocking capabilities for Netflix, which is easily the core USP of the provider:

Keenow uses a ticketing system to entertain user queries, complaints, and requests. The provider doesn’t yet offer live chat, which is a little backward considering the current VPN industry standards where most providers have a live chat enabled.

Nonetheless, Keenow responds to your tickets in less than 24 hours, which is acceptable as far as ticketing systems go.

Comparison between ExpressVPN and Keenow

I have described both these VPNs’ attributes to help you decide about your privacy in the right way.

You can read reviews about other VPNs if you did not like Keenow:

Do I Recommend Keenow VPN in Australia?

Yes, I recommend Keenow VPN in Australia. This is a pretty good SmartDNS and VPN service that knows its strengths and sticks to it.

Although its logging policy and overall pricing strategy are not ideal, the provider works remarkably well for unblocking Netflix and other popular streaming platforms like the BBC iPlayer.

Also, it delivers fast speeds and decent security with some interesting features such as stealth VPN to enable connectivity in China and unlimited simultaneous connections.

The slightly higher pricing and a privacy policy that might not convince some users are the only two factors that we found to be aligned against the provider. In all other departments, the service deserves a lot of commendation.

Thus, in this Keenow review in Australia, we award it a 3.8/5.0 stars rating overall.

Read our unbiased VPN reviews to assess the salient features of alternative providers.